Gallery 1957, London is currently presenting Yaw Owusu’s first solo exhibition in London, Reflections from the (In)Visible Past, curated by Kilolo Luckett. The show, on view until 18th December 2021, features some of the artist’s most ambitious works to date - demonstrating an expansion of scale, depth and concept.

Yaw Owusu (b.1992) creates sculptural installations that repurpose found objects, shifting the value of otherwise-worthless materials into things of beauty. Built from countless pieces of loose change known as “pesewa” coins, his work activates urgent questions around economic and political independence in contemporary Ghana. First introduced as an attempt to cure the country's economic inflation in 2007, these small copper coins have almost no value in today’s financial climate, enabling the artist to use them as a primary material. Typical of Owusu’s approach to working with local agencies to develop his work, the artist acquired the coins by negotiating with Ghana’s banks – a bureaucratic process that is as important to the artist’s practice as the final works.

Created as structural works that embrace the same organic qualities of their materials, his sculptures have incorporated as much as twenty-four thousand coins, transforming under various conditions and processes. The bronzed coins undergo various natural and chemical treatments, using salt from the south coasts and vinegar from the mid and eastern regions to reveal their age and quality. They can appear fixed onto wooden panels, draped over walls or loosely hanging onto surfaces to form a camouflage, however they are anything but decorative displays of natural beauty. Instead, these installations are an expression of the artist's reflections on the complex processes that demarcate Ghana’s social and political systems. Like the economy itself, the sculptures seem robust due to their dense façade, yet they are in flux and constant movement with their surroundings. The surfaces act both as protective layers of indestructible metal and a shiny foil made up of empty matter.

Through his socially engaged yet visually rich practice, Owusu continues to question the non-functionality of the country's ongoing infrastructural development. In his new body of work, devalued coins are transformed into detailed surfaces resembling maps. In one instance, they could be images of old colonial maps representing economic power structures drawn by history, or they could be alternative typographies that map out new possible relations for a more resourceful future. While the material itself is inseparable from the failure of socio-economic structures in Ghana, the artist's playful approach is rooted in a sense of alchemy that embraces the complexity of notions of value, exchange and locality in an increasingly global environment.

Based in Accra, with a London outpost opened in 2020, Gallery 1957 has a curatorial focus on West Africa. Presenting a programme of exhibitions, installations and performances by the region’s most significant artists, the gallery serves as a vital platform, promoting West Africa’s presence within the art scene by hosting ambitious exhibitions, providing resources for residencies and participating in international art fairs. Founded by Marwan Zakhem in 2016, Gallery 1957 has evolved from over 15 years of private collecting. The gallery now hosts three spaces in Accra – one in the Kempinski Hotel and two in Galleria Mall – and a London outpost in Hyde Park Gate.

What is Cedaw? A Workshop by Women's Resource Centre (WRC)

History on Film | Slavery & The African Diaspora From a Global Perspective 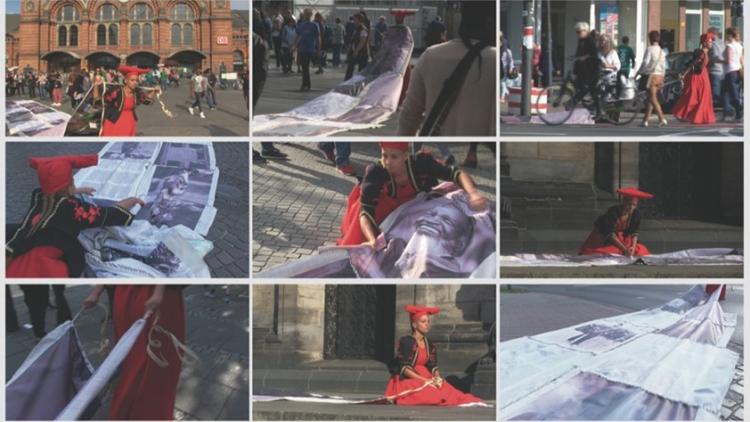 We are pleased to host online the second event in the SOAS/V&A Africa Fashion Expanded Series.