This project entitled “Japanese Documentary Filmmaker Haneda Sumiko. Authorship and Gender Discourses” proposes a rediscovery of probably the most important female documentary maker from Japan, Haneda Sumiko (1926-), who was a pioneer female documentarist and one of the most prolific in post-war Japan. Haneda was one of the few women working in the influential Iwanami Productions where she participated in the creation of many short and long non-fiction works from the early years of the company between 1950s and 1980s and as an independent filmmaker until 2012.

The project is the result of a collaboration of scholars working on Japanese Cinema from several angles -Gender Studies, Documentary Film, Film Theory and Authorship- who are joining efforts to cast light on this still under-researched female director.

Partnership: This event is carried out in partnership between Japan Research Centre (SOAS), BIMI (Birkbeck Institute for Moving Images), Birkbeck, the Japan Foundation, Meiji Gakuin and also supported by the Great Britain SASAKAWA Foundation and "On the Move" Fellowship - Society of Spanish Researcher in the UK (SRUK/CERU).

Chair: Marcos Centeno. Queries may be sent to m.centeno@bbk.ac.uk

Online film screening: Hayachine no Fu (Ode to Mt. Hayachine, 1982, 156min). BIMI. Free but it is necessary to be enrolled in the event to have access to the film.

A surprising box-office hit in Japan, Haneda Sumiko's documentary epic could be the nonfiction flip side of a Shohei Imamura film, reveling in the patterns and rough-hewn strands of a Japan caught between tradition and modernity. Shot in the foothills of Iwate Prefecture's mystical Mt. Hayachine, the film records a year in the life of the area's villages and villagers as they prepare for kagura performances, a dance-theater form with origins in religious rituals (and now mainly performed for eager tourists). The film can be enjoyed and processed on many levels: a musicologist's fascinating glimpse into kagura traditions and performances; an ethnographic portrait of rural life and village hierarchies; and most of all, a study of a key moment in Japanese society, when, even as Haneda filmed, rural lifestyles were exposed to modernity: paved roads, cars, and television sets. Fittingly, the film's true beauty comes not through its thesis, but in its attunement to the mountain's own intricate rhythms. (unattributed, from BAMPFA film notes)

Online film screening: Into the Picture Scroll-The Tale of Yamanaka Tokiwa (2004, 100min). BIMI. Free but it is necessary to be enrolled in the event to have access to the film.

This extraordinary film presents Japanese classical scroll painting as never before. The Yamanaka Tokiwa comprises twelve scrolls painted by Matabei Iwasa some 400 years ago. It tells the then-famous puppet theater story of Lady Tokiwa, who is murdered by bandits in Yamanaka on her way to visit her samurai son. Learning of her fate from her ghost, the son sets out to avenge her death. With skillful framing, rhythmic pacing, and a newly composed joruri score (ballad singing with shamisen accompaniment), Sumiko Haneda has created a stirring cinematic work from a static painting that is one of Japan's cultural treasures. The camera reveals details unseen by the naked eye, and editing gives momentum to the story. Close-ups reveal background detail of everyday life in Edo-era Japan, while Eisensteinian montage delivers action-packed scenes of attack and swordplay. We learn that although the tale was for the mass market, it resonated deeply with Iwasa, whose father was a samurai and whose mother was executed after a failed rebellion. The tenderness of the mother-son relationship, and the violence of Lady Tokiwa's dispatch and revenge must have been very real to the artist. With this impressive film, Haneda has redefined the art documentary and demonstrated that a film about a masterpiece can be equally masterful. (unattributed, from BAMPFA film notes)

This event is free and open to public. If you would like to attend the event please register. Please register via Zoom .

By registering the conference, you will automatically sign up for the film screening and the password will be given to you on the very date of the screening.

The second symposium on Haneda Sumiko and additional online screenings will be scheduled in September (details tbc).

Japanese Culture Through Videogames: Games as Texts and Discursive Practice 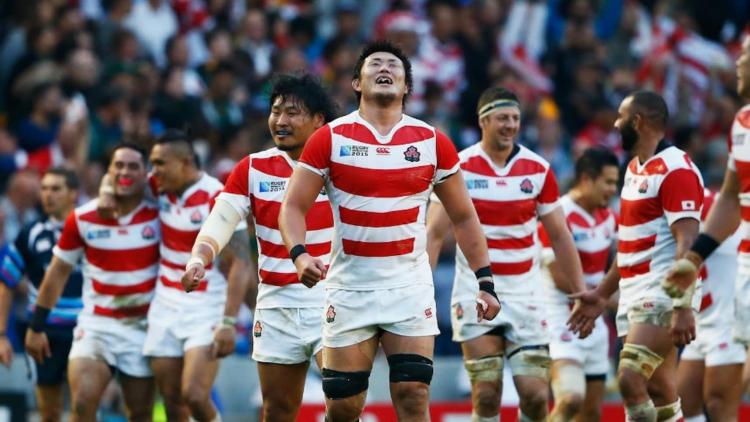 In anticipation of the England versus Japan match on 12th November, please join us for an evening of Japanese Rugby with our guest of honour, the director of the Japanese National Rugby Team, Yūichirō Fujii. We will be looking at the history of rugby in Japan, at the match preparation and at rugby’s role in sports diplomacy. The evening will culminate in a sake reception.