Joanna Lipper is an award-winning filmmaker, photographer and author. As a Lecturer at Harvard, she taught Using Film For Social Change (2011-2015). Currently a Research Associate at the Centre for Media and Film Studies at SOAS, University of London, she has a PhD in Women’s Studies via the Creative Practice of Documentary Film, an MSc in Psychoanalytic Developmental Psychology from UCL and a BA in Literature and Film from Harvard. Based in London, Joanna Lipper runs Vertumnus Productions. With a focus on socially relevant, transnational feminist themes and a commitment to creating groundbreaking roles for women onscreen, this company aims to engage global audiences with films that inspire timely and provocative conversations. Current projects Lipper is developing to direct include a musical feature film adaptation of the novel Stay With Me by Ayọbámi Adébáyọ.

Lipper’s most recent documentary, The Supreme Price, traces the evolution of the Pro-Democracy Movement in Nigeria and efforts to increase the participation of women in leadership roles. The New York Times called The Supreme Price “A Door Into Africa’s Recent History.” The Guardian included the film on a list of “Five Best Political Films in African Cinema.” The film received the Gucci Tribeca Spotlighting Women Documentary Award and was named Best Documentary at Africa International Film Festival (AFRIFF). The film was nominated for a Grierson Award and an African Movie Academy Award.

An extended trailer from The Supreme Price was commissioned to launch Gucci's Chime for Change Women's Empowerment Campaign at TED 2013 and globally. The film was selected as the closing night event of the Aspen Ideas Festival in 2014. Impact and outreach campaign events related to the film were conducted in partnership with Women for Women International, Vital Voices and the U.N which distributed the film in Europe in their Ciné Onu Programme. The film was released theatrically and broadcast on television in over fifty countries.

Previous films Joanna Lipper has produced and directed include the award-winning documentary, Inside Out: Portraits of Children, Growing Up Fast and Little Fugitive. Lipper's nationally-acclaimed book about teen pregnancy and parenthood, Growing Up Fast, was published by Picador in 2003. Growing Up Fast tells the life stories of six teen mothers from Pittsfield, Massachusetts, a post-industrial city in Berkshire County that was until the late 1980s, a manufacturing base for the General Electric Company. It documents the lives of these teenagers, their families and members of the community, as they witness factory closings and the transformation of their hometown under the strain of economic and social upheaval and the influx of drugs. From Publisher's Weekly: “Compelling and important...this book adroitly illuminates a social crisis.” From The New York Times:“Lipper builds a detailed case against the systems – schools, welfare, the Department of Social Services – that repeatedly fail these girls.” From Booklist: “This deserves a spot on the shelf near Robert Coles' similarly accessible investigations of contemporary social issues.”

Lipper's photography has been published and exhibited at museums and galleries in the US and overseas. In 2016, her photographs were featured in the exhibition Chief Nike Davies-Okundaye: The Power of One Woman at the Gallery of African Art (GAFRA) in London. For more info visit Joanna Lipper's website.

Filmmaker Joanna Lipper is developing a musical film adaptation of the acclaimed Nigerian novel, Stay With Me, by Ayobami Adebayo. Stay With Me is an intimate portrait of a marriage that fractures beneath the weight of infertility and societal expectations of parenthood at any cost.

Dr. Lipper’s recent research has focused on the theory and practice of making a transnational feminist documentary film in Nigeria; the portrayal and re-enactment of women's individual and collective trauma under military dictatorship; the feminist filmmaker as historian, creating new representations of women's history onscreen; Nigerian pro-democracy activists’ use of media to amplify their voices beyond censorship and propaganda; and specific postcolonial  challenges related to working with archival footage shot in Nigeria. 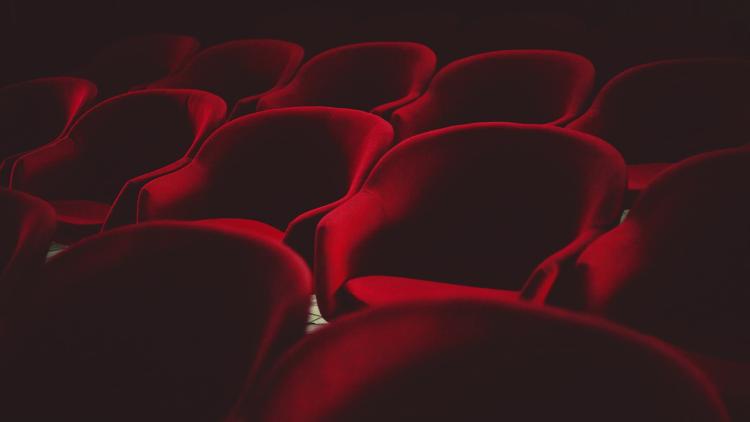 The Politics of Sports Mega-Events: The PyeongChang Olympics, Sports Diplomacy, and Media Spectacle