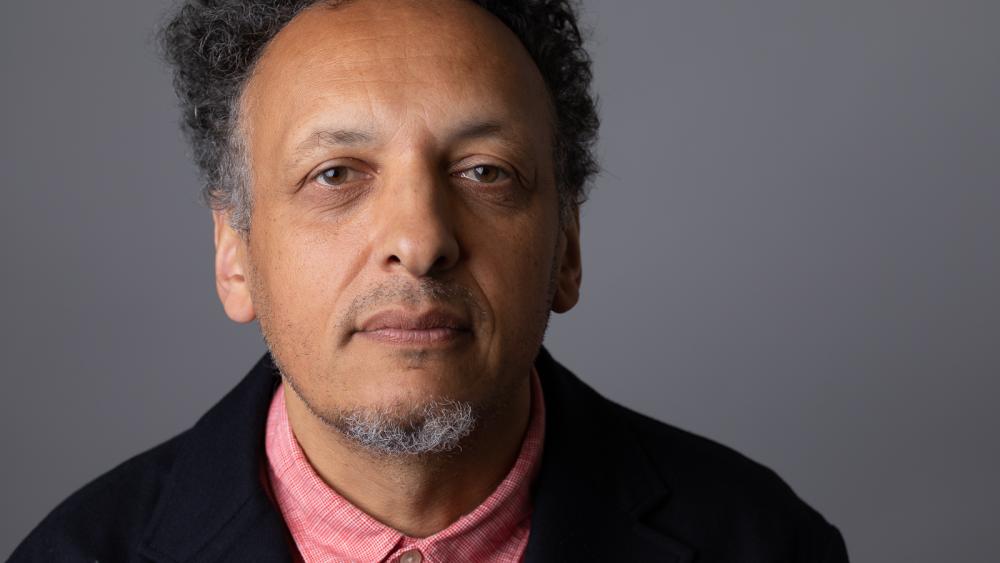 Richard Hylton was born in London, England. He joined SOAS in 2021, following two years as Kenneth P. Dietrich School of Arts and Sciences Diversity Postdoctoral Fellow at University of Pittsburgh. Hylton studied BA (Hons) Fine Art at Exeter College of Art and Design between 1987-1990 and MA History of Art at Goldsmiths 1998–2000.

Since the early 1990s, he has been actively involved in the visual arts sector, primarily in the UK, as an exhibition organizer, curator and editor, working for a number of public and independent galleries and educational organisations including Oldham Art Gallery Autograph and LSE. During this time, he has curated, organised and facilitated the production of numerous exhibitions involving a wide range of artists. Recent exhibitions include those by UK-based artists Barbara Walker, Ruth Maclennan, Anthony Key and Eugene Palmer. He has edited a number of important publications including The Best Janette Parris and Doublethink: The Art of Donald Rodney. In 2002 he co-produced with Virginia Nimarkoh, The Holy Bible: Old Testament an artist book by David Hammons.

In 2018, he was awarded a PhD from Goldsmiths, University of London, for the thesis ‘A Labour of Love: The Politics of Presenting Contemporary Art as Part of Commemorations to Mark the United Kingdom’s Bicentenary of the Abolition of the Slave Trade Act 1807-2007’.

Hylton has contributed art criticism to British and US-based journals and books including in the Routledge Companion to African American Art History, Nka: Journal of Contemporary African Art, the International Review of African American Art, Critical Interventions: Journal of African Art and Visual Culture, Art Monthly, Art Review, Burlington Magazine and Panorama: Journal of the Association of Historians of American Art. His book-length study, The Nature of the Beast: Cultural Diversity and the Visual Arts Sector, A Study of Policies, Initiatives and Attitudes 1976-2006, was published by University of Bath, England in 2007. This critical analysis, one of the first of its kind, is an invaluable read for those interested in cultural policy, arts administration, curatorial practice and contemporary visual arts. It offers hitherto unseen insight into the mechanisms and machinations which produced ‘ethnic arts’ in the late 1970s, ‘black arts’ in the 1980s, ‘new internationalism’ in the 1990s and ‘culturally diverse arts’ in the 21st century.

Hylton’s research on Diasporic art and art history includes a monographic study on British art history, race and the body politic, African American art in the international arena, and an exploration of the relationship between contemporary art, ethnography and the western museum.

In Retrospect: The Significance of Faith Ringgold at the Serpentine Gallery, London

Eugene Palmer and Barbara Walker: Photography and the Black Subject

Keeping up Appearances: Black artists, state patronage and the politics of visibility

Eugene Palmer: a Black British artist you need to know about

Review of: Soul of a Nation Reader: Writings by and about Black American Artists 1960–1980

Review of: To Describe A Life: Notes from the Intersection of Art and Race Terror by Darby English

Hylton, Richard (2021). Panorama: Journal of the Association of Historians of American Art (7) 1

Review of: The Image of the Black in Western Art Volume V, Part I The Impact of Africa, Part 2 The Rise of Black Artists

Status and Presence: African American Art in the International Arena

The Moving World of Janette Parris

The Nature of the Beast: Cultural Diversity and the Visual Arts Sector: A study of policies, initiatives and attitudes 1976-2006

School of Arts & Department of History of Art and Archaeology