The course will be taken by MMus Ethnomusicology or MMus Performance students who wish to specialise in East Asia, and may also be taken as a complementary course by those whose primary focus is another region. The course is designed to pair with the other half unit course being introduced: Traditions of East Asia, which provides a more musicological overview of East Asia’s musical genres and styles, but it may be taken as a free standing unit, both by Music and other students. The lesser emphasis on musicological approaches is expected to give the course greater appeal to area studies, politics and anthropology students.

At the end of the course, a student should be able to demonstrate knowledge of the development of contemporary musical genres in 20th and 21st century China, Japan and Korea. Topics will include popular styles, classical composition, the modernisation of local traditions, and the treatment of traditions as intangible cultural heritage.

Through this course the students should gain critical understanding of issues surrounding the manipulation of music for political ends, the impact of political ideology on musical aesthetics and form, the relationships between music and political power structures, nationalism and local identities, gender, and globalisation. They should have a basic understanding of the workings of the pop music market in East Asia, and be able to deal critically with issues of distribution, marketing and copyright and various forms of technological mediation including the internet. 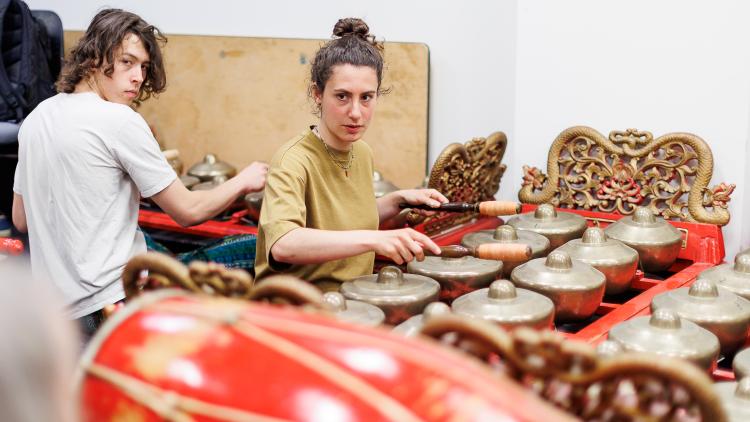 The Department of Music at SOAS University of London.