Skip to main content
Centre for Global Media and Communications

Dr Massoumeh Torfeh who was appointed in 2012 as the UN Director of Strategic Communication and Spokespersons Unit in Afghanistan, has returned to SOAS Centre for Media and Film Studies. She spent two years in Kabul designing and implementing a full communication strategy for the United Nations Assistance Mission for Afghanistan (UNAMA) incorporating extensive local media programmes, Afghan drama serials made by Afghan film companies, nationwide debate and discussion programmes on the elections, on issues relating to women, on youth and civil society. The strategy also focused on extensive support for strengthening the media's legal framework and for rebuilding a unified National Union of Journalists in order to enhance media freedom and daily media operations.

Massoumeh is a former senior producer in BBC World Service, specializes on the politics and media of Iran, Afghanistan and Central Asia.  Her PhD in Political Science is from the London School of Economics and Political Science and on 'The Causes of the Failure of Democracy in Iran'. She has worked as a spokesperson for the UN Mission of Observers in Tajikistan and as a public information consultant in the office of President Karzai of Afghanistan. She also had a couple of years as the director of the Tajik Service and editor of Asia Desk at the Central Newsroom of Radio Free Europe in Prague. Since 2008 based at SOAS Massoumeh has been a regular commentator on the politics of Iran and Afghanistan in the media including the Guardian, BBC News programs, Aljazeera, ITV, Sky, and the Canadian Broadcasting Corporation (CBC).

Dr. Torfeh has a co-authored book: Persian Service, The BBC and British Interests in Iran, and a co-edited book Cultural Revolution in Iran: Contemporary Popular Culture in the Islamic Republic.  Both books are with Prof. Annabelle Sreberny and both published in 2014 by IBTaurus. She also has a chapter in Partners for Stability: Involving Neighburs in Afghanistan's Reconstruction-Transition Approaches, edited by Henning Riecke and Kevin Francke. The chapter deals with the role that Iran plays in the politics of Afghanistan. The book published in 2013 by Nomos is part of the Transatlantic Relations program of the German Council on Foreign Relations(DGAP) addressing the issue of Afghanistan's reconstruction and its neighbors' roles.

Massoumeh has also co-authored several articles with Professor Sreberny, on the role that the BBC Persian and Pashto Services have played at critical political conjunctures in Iran and Afghanistan. These were published in academic journals such as Middle East Journal of Culture and Communication (June 2010), in the Historical Journal of Film Radio and Television (October 2008) and in the Journal of Geopolitics of Middle East  (April-June 2008). She presented the research results in two international conferences in London and Barcelona.

Both for her PhD and for her latest books Massoumeh has done extensive research into the archives of the British Foreign and Commonwealth Office (FCO) and the US State Department, including the Military and Intelligence reports, as well as archives of Iran's Parliament to investigate the causes of the failure of democracy in Iran.  She has focused on three important episodes: the Constitutional Revolution 1906, Mossadeq's era 1940-53, and the Iranian revolution of 1979, arguing that in all three an overwhelming demand for democratization was voiced, a certain level of success was achieved, and yet dictatorial regimes were re-instated, every time more brutal than before. She searches for the correlations in these movements to discover the weaknesses within the political structure and society in Iran that lead to these failures. She believes that despite appearances the democratization process is ongoing in Iran as illustrated in the 2009 protest that followed the presidential elections. She argues that despite the most brutal crackdown by the Islamic Republic the underlying movement for justice and freedom continues in Iran. 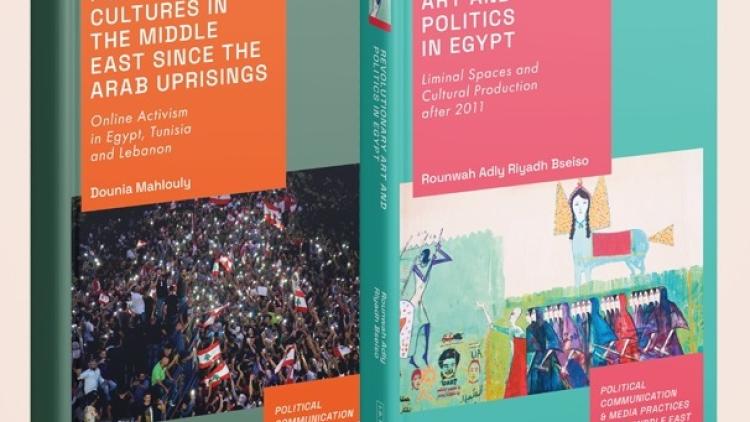 This new book series, published by Bloomsbury Academic, is the first scholarly series that engages with a de-colonial, non-Euro centric approach to addressing the relationship between politics, communication and culture in the Middle East and North Africa from the perspective of key actors and states in the region, and its peoples.