Women, Religion and the state in Israel

The lecture outlines the Zionist project and its relationship with the Jewish religion and then how this was institutionalized and transformed in different periods in the history of the state of Israel, focusing on the transformation of Israel into an (atypical) neo-liberal state. The lecture then turns to explore the gendered implications of this relationship, especially some of the differential ways it affects women in different sectors of the Israeli society.

Nira Yuval-Davis is Professor Emeritus, Honorary Director of the Research Centre on Migration, Refugees and Belonging (CMRB) at the University of East London and a Professorial Associated Researcher at the Centre for Gender Studies at the School of African and Oriental Studies (SOAS), University of London. A diasporic Israeli socialist feminist, Nira has been active in different forums against racism and sexism in Israel and other settler colonial societies as well as in the UK and Europe. She has been the President of the Research Committee 05 (on Racism, Nationalism, Indigeneity and Ethnic Relations) of the International Sociological Association, founder member of Women Against Fundamentalism and the international research network on Women In Militarized Conflict Zones and has acted as a consultant for various UN and human rights organisations. She has won the 2018 International Sociological Association Distinguished Award for Excellence in Research and Practice. The article she has written with G. Wemyss and K. Cassidy on ‘Everyday Bordering, Belonging and the Reorientation of British Immigration Legislation’, Sociology , 52(2), has won the 2019 Sage Sociology Award for Excellence and Innovation. Nira Yuval-Davis has written widely on intersected gendered nationalisms, racisms, fundamentalisms, citizenships, identities, belonging/s and everyday bordering. Among her books Woman-Nation-State , 1989, Racialized Boundaries , 1992, Unsettling Settler Societies , 1995, Gender and Nation , 1997, The Warning Signs of Fundamentalism , 2004, The Politics of Belonging: Intersectional Contestations , 2011, Women Against Fundamentalism , 2014 and Bordering , 2019. Her works have been translated into more than ten languages.

This event is open to the public and free to attend, however registration is required. Online Registration 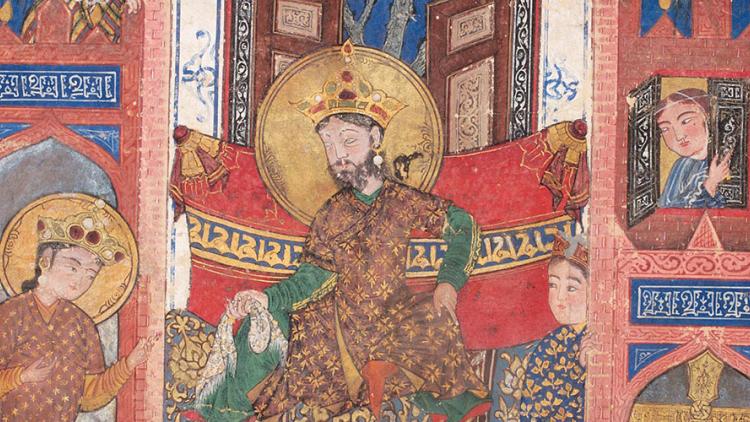 The lecture on the problems posed by the Great Mongol Shahnama, probably produced in Tabriz c.1320 1335, will open with a brief history of the manuscript in order to contextualise what follows.

Draw Me a Revolution: Aesthetics of Solidarity in the Trenches of Arab Hanoi

The lecture on what makes the Great Mongol Shahnama great will focus first on the contemporary context from which this manuscript sprang, identifying how its painters built on what their predecessors had achieved and on the work of their contemporary colleagues.