Kishon Khan is an award-winning pianist, composer, arranger and producer, born in Bangladesh, but brought up in London. He was classically trained from the age of 4, and turned to jazz in his teens.

Since then, he has established himself as a formidable bandleader, as well as one of London’s in-demand session pianists. He is part of a community of critically-acclaimed musicians, focused on playing different traditional styles authentically, but also making a name for himself as an innovative composer and arranger.

His versatility is reflected in the vast array of artists he has collaborated with, from around the globe and across genres, including legends such as Hugh Masekela and Tony Allen. Contemporary collaborations include Soothsayers (Afro Dub) and Gilles Peterson’s Havana Cultura (UK/Cuba).

Kishon is the founder and musical director of the band Lokkhi Terra, which uniquely fuses music from his own diverse musical background. Songlines magazine described it as “the world’s best Afrobeat-Cuban-Bangladeshi group”.

An example of his brilliant workshops at SOAS can be seen in the MUSIC at SOAS video introduction.

Music, Healing and Pilgrimage in Morocco 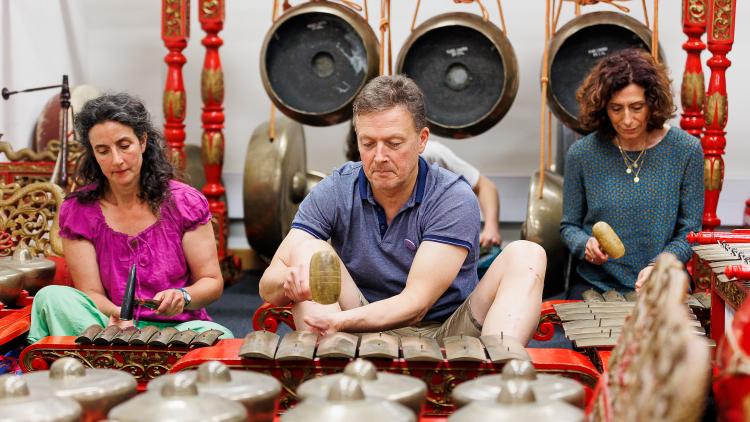