The Haṭha Yoga Project: understanding the history of physical yoga

You can watch the recording of this event on YouTube . For other event recordings see our Media page.

The Haṭha Yoga Project (HYP) is a five-year research project funded by the European Research Council and based at SOAS, University of London. As it comes to an end, we are bringing the SOAS scholars involved together for a panel to share their findings and discuss them with the audience. Their work has been groundbreaking, transforming our understanding of the history of physical yoga practice through the study of texts on yoga, depictions in sculpture (especially temple art) and fieldwork among modern practitioners in South Asia. The project team consists of four researchers based at SOAS and two at the École française d’Extrême Orient, Pondicherry.

Between them the team have produced several Critical Editions and Annotated Translations of Sanskrit Texts on Haṭhayoga alongside a number of articles, and are in the process of publishing monographs on their individual areas of research. They also curated the recent "Embodied Liberation" exhibition at the Brunei Gallery, SOAS (in collaboration with Jacqueline Hargreaves of The Luminescent).

We are delighted to be welcoming Dr James Mallinson, Dr Mark Singleton, Dr Jason Birch and Dr Daniela Bevilacqua to this online panel, which will be chaired by Dr Suzanne Newcombe, Open University and Inform. We will hear a summary from each speaker of their research before opening up to questions.

We will share a link to access the Zoom event to those registered on the day of the event. Register via Eventbrite .

Note that there is a limited number of spaces but if we sell out please add yourself to the waiting list as spaces often become available just before the event starts. Most events will also appear on our YouTube channel afterwards.

Dr James Mallinson i s Reader in Indology and Yoga Studies at SOAS University of London and Principle Investigator of the ERC-funded Haṭha Yoga Project. His primary research method is philology, in particular the study of manuscripts of Sanskrit texts on yoga, which he complements with ethnographic data drawn from extensive fieldwork with Indian ascetics, and the study of art historical sources.

Dr Daniela Bevilacqua is a South-Asianist and received her PhD from Sapienza University of Rome and the University of Paris Nanterre. Her PhD research was published by Routledge under the title Modern Hindu Traditionalism in Contemporary India: The Śrī Maṭh and the Jagadguru Rāmānandācārya in the Evolution of the Rāmānandī Sampradāya. She is now a Post-Doc Research Fellow at SOAS, working for the ERC funded Hatha Yoga Project (2015-2020). Her research interests are concerned with Hindu asceticism from a historical and ethnographic point of view.

After completing a first-class honours degree in Sanskrit and Hindi at the University of Sydney, Dr Jason Birch was awarded a DPhil in Oriental Studies at the University of Oxford, under the supervision of Prof. Alexis Sanderson. His dissertation focused on a seminal Rājayoga text called the Amanaska, and he has published on the early history and meanings of Haṭhayoga. In 2015, Dr Birch was invited to join the Ayuryog Project at the University of Vienna, for which he published a foundational paper on the shared history of yoga and āyurveda. He is currently a post-doctoral research fellow at SOAS University of London on the Haṭha Yoga Project. Through extensive fieldwork in India and the reconstruction of primary sources, Dr Birch's research has identified the earliest text to teach a system of Haṭhayoga and Rājayoga and defined a corpus of Sanskrit and vernacular texts that emerged during Haṭhayoga's floruit, the period in which it thrived on the eve of colonialism. He is the principal editor and translator of six Sanskrit texts that will be primary outputs of the project.

Dr Mark Singleton is Senior Research Fellow in the in ERC-funded Haṭha Yoga Project, Department of Languages and Cultures of South Asia, SOAS, University of London. His research focuses on the tensions between tradition and modernity in yoga, and the transformations that yoga has undergone in recent centuries in response to globalization. He has published book chapters, journal articles and encyclopedia entries on yoga, several edited volumes of scholarship, including Yoga in the Modern World (2008) and Gurus of Modern Yoga (2013), and a monograph entitled Yoga Body: The Origins of Modern Posture Practice (2010). His last book, Roots of Yoga (2017, with James Mallinson), is a comprehensive, primary source collection of texts on the practices of yoga, mainly in its South Asian contexts prior to the modern period.

Dr Suzanne Newcombe , Inform, based in the Department of Theology and Religious Studies, King's College London, Post-Doc. Suzanne researches yoga and ayurveda from a sociological and social historical perspective. Her previous research has focused on the popularisation of yoga and ayurvedic medicine in Britain and she has published chapters in several edited books on this subject, as well as articles in the Journal of Contemporary Religion, Religion Compass and Asian Medicine. She published Yoga in Britain: Stretching Spirituality and Educating Yogis (2019 Equinox) and is currently editing the Routledge Handbook of Yoga and Meditation with Karen O'Brien-Kop at SOAS.

In addition to her research on the Ayuryog project, Suzanne is also a Lecturer in Religious Studies at the Open University. She has extensive experience in Sociology of Religion specializing in new and minority religious movements of Asian origin in contemporary Britain and edited a book on Prophecy in the New Millennium, Why Prophecy Persists (2013) with Sarah Harvey. She has made several appearances on BBC radio and television discussing aspects of contemporary yoga practice and other minority religious beliefs and practices. 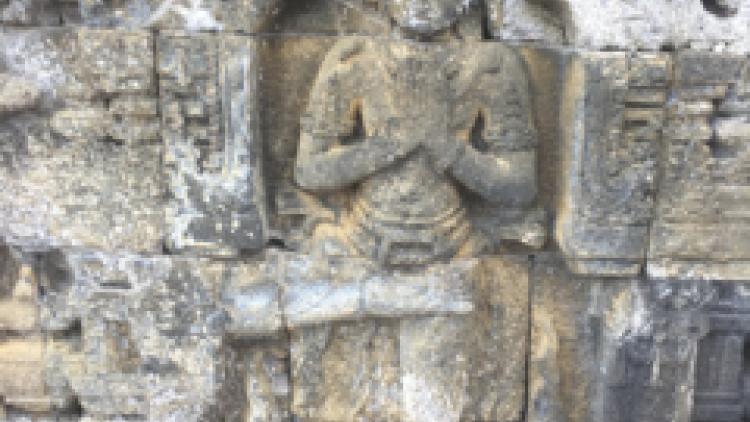 This talk will survey the Indic traditions of yoga that developed in Java in the pre-Islamic period (ca. 8th–15th century), and continued in Bali up to the present.